The right and excellent way to write a story is given to you today in a simple way. Since this is very important, you must read it. Thank you

For the writer, poetry is the starting point of the writing journey. In this regard, Robert Graves said, "Poetry has no money, but money has no poetry." Yes, every writer writes for himself. Literature is fun, so he is compelled to write.

Every writer starts his writing journey with poetry. It is also an easy and universal way to express feelings. The process of moving from poetry to story and from story to narrative (novel) is a common tradition. The easier it is to read a story, the harder its texture and craft are. For those who want to write a story, I would like to share some of the things I have learned. Which I have divided into 12 parts (steps). This is the process I use to write stories.

The right and excellent way to write a story is given to you today in a simple way. Since this is very important, you must read it. Thank you

1. Finding a topic about the story

What kind of story are you trying to write, you have to decide first. It is easier to make a story if you think of the title of the story beforehand. Which can be changed later as needed. The title makes it easier to tell a story if you think about it beforehand. The title should be able to address the whole part of the story. Since the reader chooses the stories based on the title to a large extent, it should be studied in depth. Depending on the type of story, the title can be long, short, or awkward, but it depends on the style of the narrator.

Now, let's start thinking about the characters in the story. This is the heart of the story. Which carries good energy to introduce your story to the reader. When choosing a character, you have to pay attention to different aspects. Which can be easily written as:

A. Choose characters according to the setting of the story.

B. Thinking about what will happen to the characters, real or unreal.

C. Writing the main features and work of the characters in advance.

D. Whether the characters speak logically or focus more on the illustration should be considered in advance.

E. You have to think in advance about the costumes of the characters and how to behave when meeting other characters.

In this way, make a small note about the characters and write down their names and characteristics beforehand. That is why it is not difficult to start writing.

3. Rethink the length of the story

It is difficult to say exactly what these short stories are. Even short stories are written in different sizes. Most of the time, the meaning of short story is understood to be the size that can be read in one sitting. Edgar Allan Poe wrote in his essay "The Philosophy of Composition" (1846) about the length of writing. He says stories are sweeter than novels because they are shorter.

If the story you have started writing can be so long that you have already started writing the paper (counting the papers can be taken), it becomes like a mental pressure to lengthen the story. Due to which the story gets full length as required. A story that is not more than 20,000 words and not less than 1000 words can be considered as a short story. I will write a different article later about the short story.

4. Storytelling style and who to tell the story to

‘I’ in the first person. 'You' in the second person. The story can be written in ‘he’ or ‘he’ third person. Whether the story starts with 'I' or someone else, you have to guess in advance. Not so many stories are written in the second person but stories can be told in the third person. Which makes the story sweeter than it started with 'I'. There are many types of storytelling now.

The story has to be decided in advance and where it will end. The end of the story and the opening sentence should not be misleading but should be able to confuse or make the reader fall in love as much as possible so that the reader can think for a while even after the end of the story.
6. Scheduling / composition of the story
What is the story of the time and in what environment are you trying to write the story? Such as the time of the season. Even if the imaginary time is fixed, it should match the reality. Which can be called the timeline of the story. This is an important part of the story that makes your story readable and very close to reality.

7. Conversational style between characters and pre-construction of sentences

What kind of struggle should be created in the story, what kind of style should the characters speak, how long and short sentences should be written beforehand. This is the process of creating a timeline, from which story writing can begin. If it is already decided at this time that the character should speak here, then the story can be made as he says. This is a difficult task but it is an important task for every high level writer. Which shows their imagination.
The main part of the story is in the sentences spoken by the characters. The dialogue between the characters is a place to express the writer's feelings well. The message conveyed by the writer is reflected in these characters. It is these conversational sentences that play a major role in immortalizing any writer. If you can do this process with satisfaction, then half of your story writing work ends here.

This is the final stage before you start writing. Here's a look at some of the things you've done so far. If this is not done properly, it is best to repeat the process. The steps up to this point take the most time. You have to use all your thinking power up to this pointOnly then does the story become excellent. You can take up to 7 days or more to complete this process.
9. To start writing
From here, you sit down to write a story. This place is just to make the work of thinking and picking rhythm so far. You've actually written the story. Here you have to choose the words in a specific way. For this you can flip through the dictionary.

10. Understand and listen to the characters

It's not just about moving the story forward arbitrarily, but about the character you must have felt. There must be an in-depth understanding of why that character was created in the story. And only your character can take place in the heart of the reader. As you write, you can read the statements of the characters. If you consider them alive, the situation of story writing becomes easier.
To be a writer is to play with different characters. It is to listen and understand them. With this process the writer has to drive himself crazy day and night. This is the way to understand and listen to the characters.

11. The second draft of the story begins

You have written the story. Rewrite it. You can re-add or subtract in the wrong place. In the process, you try to finish the story quickly. Adding a burden to oneself may not open the story to the point where it can be opened. So be patient and write the story openly as needed. 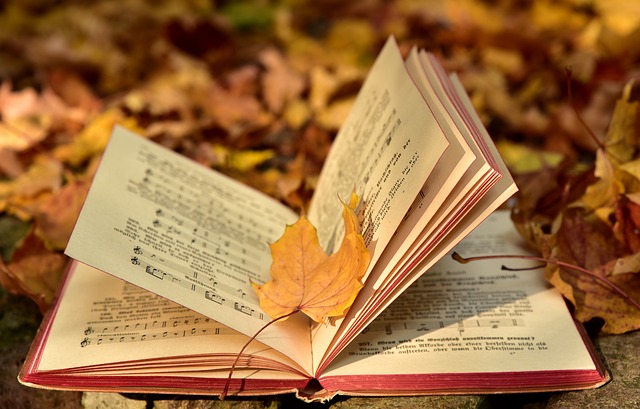