The scientific significance of Jamara

The scientific significance of Jamara! In the Srimad-Bhagavatam Gita, Lord Krishna also says that it is barley in medicine. Even in the Mahapurana of Srimad-Bhagavatam, the worship of Lord Vishnu in the form of a dwarf incarnation by the Lokpals can be understood from the context in which Jamara has been important in Hindu culture since time immemorial.

On the first day of the great Hindu festival of Baradshah, barley is sprinkled on the sand of the river by setting up a ghatstha in Dashaighar. After that, nine different forms of Goddess Durga Bhavani, the symbol of power, are worshiped throughout Navratri. In this way, it is customary to invoke the mother power, adore it and offer it to the deities on the day of Jamara Vijaya Dashami.

In Sanskrit, barley is a very nutritious food. Barley is also considered a medicine in terms of health. It is rich in carbohydrates, proteins and various vitamins. That is why barley is popular everywhere in Satu village and city. In the Vedic scriptures, barley is used as a grain to cure disease, to strengthen the strength and vitality. Barley is widely used in sacrifices. Even in the mythological texts, barley is considered as the king of grain as Yavosi Dhanyash.

From a scientific point of view, barley is very important. In Ayurvedic texts, treatment of barley and sprouted barley is widely mentioned. Scientists have also confirmed that barley is suitable for various diseases. According to the doctors, if you drink jamara for seven or nine days and make a solution and consume it regularly, you will get benefits in diseases like high blood pressure, arthritis (cancer) and diabetes.

Doctors also say that the problems like stomach ailments, skin ailments and flatulence can be cured by the juice of Jamara. Consumption of jamara juice also enhances beauty. Similarly, various researches have proved that feeding barley-based food to sick and weak people can give energy to the body quickly.

In our village, it is still customary to keep the jamara of Dashain dry and boil it in water for fever and stomach ache. According to research by American scientists, sprouted barley is the best food of all foods and medicines. Even Indian physicians have successfully treated stomach, intestinal, bone and other ailments using Jamara. Studies have shown that sprouted barley contains more nutrients than vegetables.

Thus, in the scriptures, barley, called the king of grain, is equally important not only religiously and mythologically, but also scientifically. In this sense, the symbol of prosperity is also considered to be beneficial for human health. Due to its abundant medicinal properties, sprouted barley should be used as an offering for Vijaya Dashami. 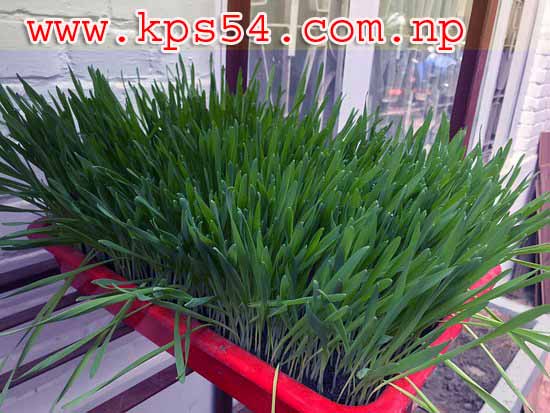 Rice, wheat, maize and barley are planted in the ears along with the vaccine while receiving the vaccine from the devotees on the tenth day. The tradition of scattering barley on the day of Ghatsthapana and offering it as an offering to the Goddess on the day of Vijayadashami is unique to Hindu Hindus. This tradition is not found among the Hindus of India and other nations. Even people who have been away from home for many years come to the house to receive the blessings from the hands of the devotees. The garments worn by men in dhakatopi and by women in chultho reflect the religious beliefs and cultural unity of Nepalis. Thus, from the religious, social, cultural and health point of view, Jamara has great glory.

On the first day of Navratra (Badadasai) of Vijayadashami, which falls in the month of Ashwin in the autumn month, barley is planted in Dasai Ghar by making a line in that ghat. Similarly, barley is sprinkled on the sand altar brought from the river. In different castes, it is customary to mix grains like paddy, wheat and maize mixed with barley. The idol of Bhagwati Durga is placed on a plate of barley planted on a plate by invoking various deities. Throughout Navratri, the nine forms of Bhagwati Durga are worshiped on the plate in this pot. The nine forms of Durga are mentioned in the Baraha Purana. Nava Durga means Shailaputri, Brahmacharini, Chandraghanta, Kushmanda, Skandamata, Katyayani, Kalratri, Mahagauri and Siddhiratri. In addition to these mother powers are Brahmi, Maheshwari, Kaumari, Indrayani, Chamunda, Vaishnavi, Narasimha, Ishwari, Lakshmi. On the special days of Navratra, special adoration of Mahasaraswati, Mahakali and Mahalakshmi is performed on the days of Mahasaptami, Mahashtami and Mahanavami respectively.

In this way, while worshiping the mother power, the pot and the jamara grown on the altar are offered to the deities on the day of Vijayadashami and offered as offerings. Now the question arises why barley sprouts are planted in the tenth as an offering? What is the significance of Jamara? Barley is called yav in Sanskrit. While barley is considered as a nutritious food in terms of food, it is also considered as a medicine in terms of health. In the Vedic scriptures, barley is considered as the editor of Oj, which cures disease, is useful in Yajna, and strengthens and strengthens the soul. This may be the reason why barley has been used extensively in Yajna. In mythology, barley is considered the king of grain. In the Puranas, Lord Krishna also says that I am barley in medicine, so it is clear that its religious significance.

From a scientific point of view, the importance of barley is not insignificant. Ayurvedic texts mention treatments that can be done with barley and barley sprouts. Modern medicine has found that barley is suitable for a variety of diseases, according to modern scientists. According to the doctor, if you drink the jamra for seven or nine days and take it regularly, it will be very beneficial for diseases like high blood pressure, arthritis (cancer) and diabetes. They say that the consumption of its juice will enhance the beauty. Similarly, various researches have shown that feeding barley-based foods to people who are sick and weak will give them energy soon. American geologist Dr. Research by Arch Tux has shown that barley sprouts are one of the best plants and foods in the diet. The nutrients found in barley or its sprouts are comparatively much higher than the nutrients found in other green vegetables. Other US experts are also finding success in using Jamara as an experiment. Doctors in India have said that the use of jamara has benefited the stomach, intestines, bones and other diseases. Even in Nepal, there are many people who have benefited from the use of Jamara. Since barley has such abundant properties, its sprouts may have been used as an offering for Vijayadashami. 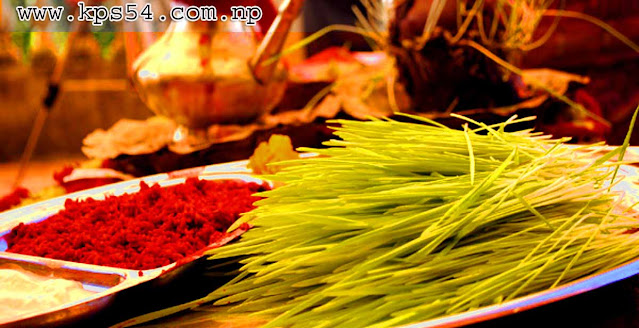 Jamara juice is also called wheat grass in English, it is also called green blood in other words. This type of juice contains a lot of oxygen, so it helps to fight the bacteria in our body. It acts as a soap on the skin and also plays an important role in removing odors. Keep in mind that many types of grains are made into jamra, which is used during the time of Baradshah, but the juice of wheat jamra means that it is advisable to make its juice and eat it within 10 to 15 days of wheat germination. The benefits of Jamara juice are as follows.
- Wheat germ can be used to get rid of various diseases and stay healthy.
- Wheat germ is a good source of chlorophyll.
- Jamara juice increases digestive capacity.
- It enhances immunity.
- Works to get rid of the accumulated disorders and contaminants in the body.
- Those who have throat problems and cannot speak much can consume jamara.
- It also eliminates the problem of mouth and teeth.
- When massaged with the juice of Jamara, the skin disease is removed and it also gets radiant.
- Consumption of wheat germ juice purifies the blood.
- It contains abundant nutrients and vitamins.
- It is also useful in liver, kidney problems, etc.
Benefits of consuming wheat germ juice
Benefits of consuming wheat germ juice
Nowadays, the practice of consuming wheat germ juice has increased. The use of wheat germ, which has been used since time immemorial, has come to the fore after it became known that it has miraculous benefits in many diseases. Wheat germ juice is a particularly powerful antioxidant. Apart from this, this juice is also a micronutrient. Rich in many biomedical properties, this juice has the following benefits.
Benefits of consuming wheat germ juice
1. Lowers bad cholesterol.
2. Controls blood sugar.
3. Increases digestion.
4. Brings radiance to the skin.
5. Develops cancer resistance.
6. Provides complete nutrition.
7. Helps to lose weight.
8. Helps to balance hormones.
9. Helps to control chronic diseases.
10. Don't get old fast.
11. Helps to detoxify the body.
12. Helps to control anemia. 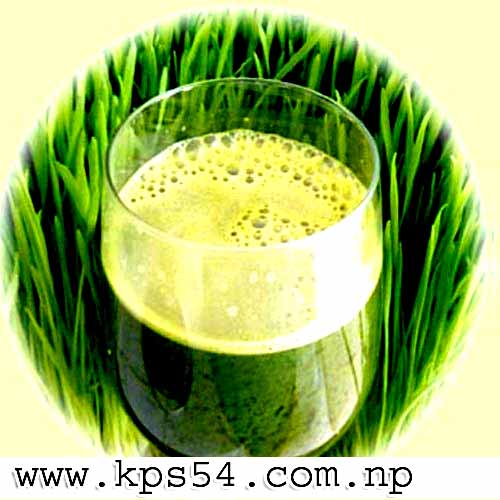