Of the various measures taken to stem population growth, most focus is on contraception. The use of contraceptives does not allow any artificial means, tools, methods or chemicals to be used between the sperm of a woman and the sperm of a man. These measures can be divided into two parts.

The natural method of contraception prevents a woman from becoming pregnant without the use of any means or medicine. It involves the release of safe and unsafe conditions from the signs and symptoms during the menstrual cycle and sexual intercourse only when there is no possibility of getting pregnant.

A female lays 300-400 eggs annually within her reproductive age (15-49 years). The ovaries on one side and the ovaries on the other side usually produce one egg in one month. This process is called ovulation. Fertilization of the ovum from the ovary takes place within 9 hours.

If a woman's menstrual cycle is 28 days, then the period between the 10th day of her fertilization period is considered unsafe.

This method is also called calendar method. Under this law, sexual intercourse is performed only during safe times when there is no pregnancy. The effectiveness of this method is seen in the case of regular menstruation. In order to adopt this method, one should pay attention to the menstrual cycle.

According to the cycle that a woman's menstrual cycle lasts for 28 days, her ovulation takes place on the 14th day. Therefore, having sexual intercourse around the 14th day of menstruation increases the chances of getting pregnant. This period is called the insecure period. This period lasts from 10th day to 19th day. According to this law, sexual intercourse should be avoided during unprotected times.

For a vaginal discharge test, first clean your hands thoroughly and insert your finger into the vagina to remove a small amount of vaginal discharge. The secretion should be stretched between the thumb and the other finger. If the juice is stretched between two fingers, it is possible to get pregnant if you have sexual intercourse, but if the juice is not squeezed, then it is not possible to get pregnant during sexual intercourse.

Under this method, when ejaculation occurs during sexual intercourse, the penis is taken out from the vagina and all the semen is ejaculated outside. Natural contraceptives may not be considered reliable, but they may be more effective when used in combination. Apart from these, separation of husband and wife, observance of celibacy without marriage also come under the natural method of contraception. But in practical life this task is not easy.

This remedy is useful for late first pregnancies and births. This method can be used by both men and women. Temporary remedies used by men include condoms, women use pills, finchmills, I, U, C, D Depoprovera, Narplant etc. These measures are summarized below.

Condoms are a means of contraception used by men. It is made of thin and soft rubber. If you have sex with a condom on the penis, the sperm from the man cannot enter the vagina and you can avoid getting pregnant.

This tool is easy to use and less expensive.

It is considered to be more effective in contraception.

If used properly, sexually transmitted diseases can be avoided.

It can only be used once,

Sometimes there is a fear of condom rupture. 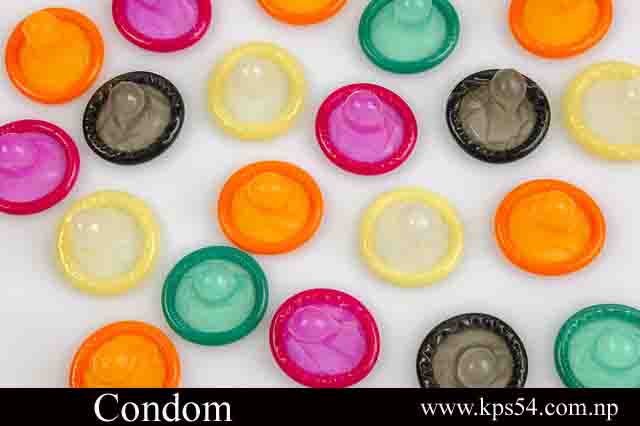 One of the contraceptive pills used by women is called pills. In our market it is known as Rose Nilokan. This regular diet does not eliminate eggs. And cannot conceive.

Up to 99 percent of contraceptives are effective if eaten regularly.

There is no obstacle in sexual intercourse.

Not being able to eat regularly has no effect.

SomeoneHe may experience side effects such as headache and ringworm.

It should be used only after being tested by a doctor.

Mutu should not be used by patients with liver and kidney related diseases and cancer. 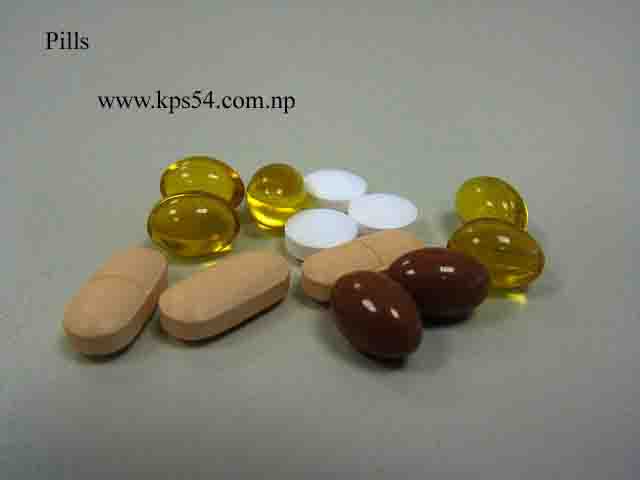 This mill is known to us as Kamal Chakki. About 10-15 minutes before sexual intercourse, the foam comes out from this mill placed in the vagina, so it destroys the sperm in the vagina.

This mill is easy to use and inexpensive.

It is an effective method of contraception.

Its use does not have any negative effects

Each time you have sex, you should put it in the vagina, which is a little annoying.

Sexual intercourse should be done only after 10-15 minutes of inserting the phizacki vagina. An action that may not be practical at times.

A temporary method of contraception placed inside a woman's uterus is called an IUCD. This is considered to be a very reliable solution. Since this loop, spiral, copper-tee is in more use, only copper-tee is discussed here.

Copper-T is made of plastic in which copper wire is wrapped. And it is inserted into the uterus by a special device. Only a doctor or a trained person can keep it inside the uterus. This measure is considered to be 90-95 percent effective.

Its use has no effect on sexual intercourse.

Once applied, it is safe for up to ten years and does not need to be used properly like other tools.

Menstrual irregularities and lower abdominal pain may occur in the beginning.

Copper-Tea can sometimes come out on its own.

Copper T should be taken out immediately if menstruation is not in time. 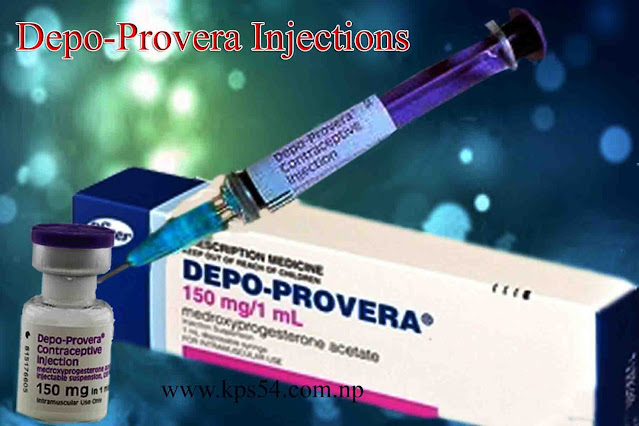 This remedy is also called three-month needle or companion. This is a temporary method of contraception used by a woman who wants to have a baby after a while. This is a needle inserted into the arm or phila in 3–3 months. This needle should be inserted within 7 days of menstruation. The three-month-old needle prevents the egg from forming in the ovary and thickens the lining of the cervix and prevents the sperm from entering the uterus.

Its effectiveness is 99 percent.

Once the injection is given, there is no need to take other measures for three months.

It is also used by patients with high blood pressure and diabetes.

The use of needles in some women can cause abdominal pain, headache, weight gain, etc.

Some people may have irregular menstruation and more blood.

Narplant is a reliable temporary contraceptive used by women. In this, 6 capsules on small leaves are applied on the inner part of the arm within 7 days of menstruation. The effect of the male plant on the ovaries is that the ovulation stops. And the membrane in the mouth of the uterus becomes thick and the sperm is not allowed to enter the uterus and pregnancy cannot take place.

Its effectiveness is 99.5 percent.

Once used, it is safe for five years.

If you want to give birth to a child, if you take the capsule, you will get pregnant.

Menstruation is irregular in some people,

The capsules need to be tested immediately after application and are not universally available.

It should not be used by patients with cleavage, cancer, smokers or women over 35 years of age.

Femidom is a temporary contraceptive used by women. This is called a female condom. It is made of strong, soft and transparent rubber. It protects against pregnancy and sexually transmitted diseases. It is 17 cm long and 7.8 cm wide.

This tool is useful for women of all ages.

It is the best means of contraception.

The chances of allergies are low.

Can be used only once.

It should not be used with male condoms.

This tool is expensive.

Emergency contraceptive means and use

If sexual intercourse occurs without the use of any contraceptive,

If there is a mistake in using contraceptives, such as: condom rupture or slipping, moving to diaphragm or coming out too soon.

If I use UCD, it will come out on its own.

If other natural contraceptive measures fail,

In case of sexual abuse such as rape

If you forget to eat for two days in a row while using pills.

No contraceptives should be used while a woman is pregnant.

This is a method of using emergency contraception only in emergency situations. It should not be used regularly. The following methods can be used as contraceptives.

This is the method most people use. Eating pills are also easy to use as they are ubiquitous. Within 72 hours of unprotected sexual intercourse, a woman should eat four white-colored mills (Maykav Ushk) and then another 12 white-colored mills in 12 hours.

This mill is called Progestin Pills because it contains progestin. At present, Chakki Family Planning Association has started distribution from its center and branch clinics. Progestin tablets Within 72 hours of unprotected sexual intercourse, the first dose should be taken one pill and after 12 hours the first pill should be taken with another pill for a total of two pills. Its effectiveness is 98 percent.

Effects of taking this mill

The effects of this progestin mill may be small. Its effects are also nausea and vomiting.

The use of IUCD leads to contraception. It should be used within five days from the day of sexual intercourse. It can be done by visiting the clinic of Nepal Family Planning Association and its branch clinics.

If IUCD is used for accidental contraception, it should be removed after menstruation. The probability of getting pregnant from its use is 0.1 percent per thousand.

It is important to have a thorough health check before using any emergency equipment.

This is a permanent method of contraception,

It has no effect on health and sexual satisfaction,

This can be done through simple surgery but

Even after the surgery, you should have sex with a condom for a few months.

This measure is suitable only for those who have reached the age of childbearing.

Minilap is a permanent form of contraception in women. In this, a small wound is made in the lower part of the abdomen and the fallopian tube is cut and tied. Minilap should be done within 45 days of menstruation after 45 days of delivery, but can also be done at other times if you are using other means of contraception.

This is a permanent method of contraception.

It has no effect on health and sexual satisfaction.

This method is only used for those who do not want to have children.

It is also one of the permanent means for women who have reached the age of childbearing to have no more children. In this method, a small wound is made in the abdomen of the woman and the fallopian tube is blocked on both sides with the help of laparoscope device. This operation should be done 30-40 days after delivery or 5 to 8 days after menstruation.

Do not use other means after this operation.

It does not have any adverse effect on men and women.

This permanent device is only suitable for those who do not want to have children. 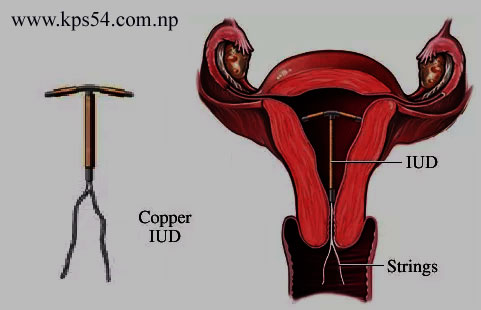